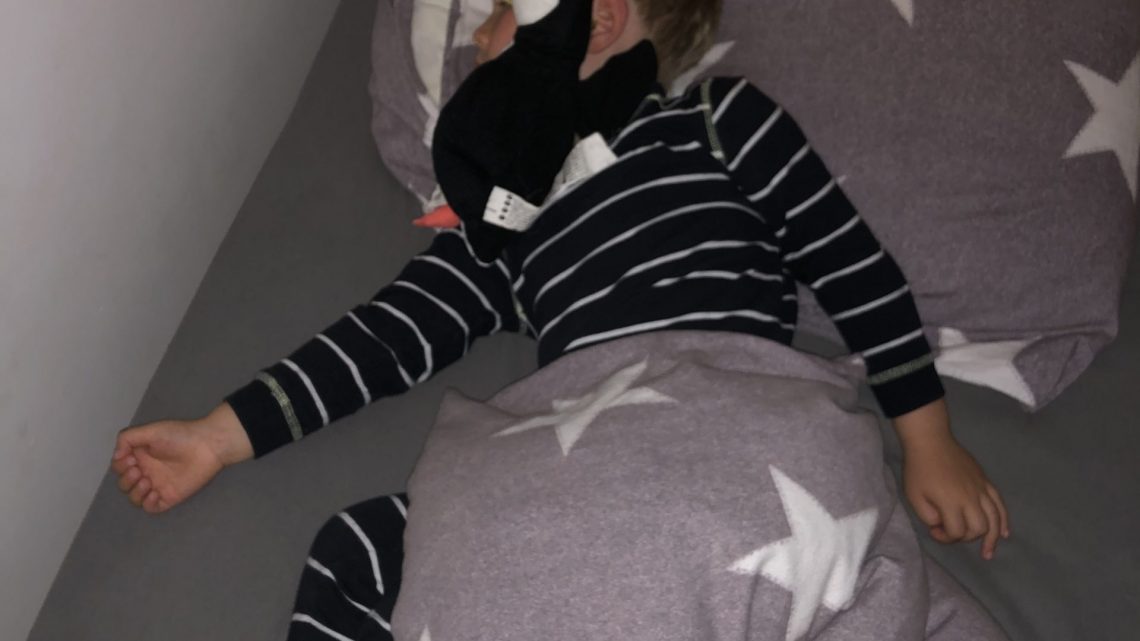 The bedtime routine, or lack of it, is an intensely personal part of parenthood. For many it’s an exquisite coordination of intimate down time; for others it’s the gathering of the herd. I think we’re pretty lucky in that bedtime for us is generally a happy and shared experience but it’s also a time of day that can slip rapidly if Piglet (or one of us) is tired and tensions are allowed to get carried away.

Bedtimes have changed a little bit in the last few weeks here, coinciding with the start of school. When Piglet was at nursery, he would eat his dinner meal there and come home, inevitably to eat a small meal worth of snacks, before going bed after we were both back from work. (Back in the days when we actually used to physically go to work!). Obviously school doesn’t take us anywhere near as far into the evenings and as a result we’re all back to having dinner together. It’s lovely, but it’s more of a challenge to have every meal as being something that all three of us like to (and can) eat. Gone are the evenings of anchovy courgette pasta after he’d gone to bed… Also, and I suspect this will fade soon, Piglet is usually absolutely exhausted by the time he gets back from school. As a result, we’ve needed to start eating dinner uncomfortably early if we all want to eat together.

We have talked about this a bit. There are days when it’s just not practical. For instance, I’m often still in office hours when we sit down to eat so there are times where meetings make it impossible and even if I can, I usually have to work into the evening to make up for it. Also, I don’t know about you? – but I struggle to build up an appetite for my evening meal at 4:30pm! I have to remember to have lunch early and not snack too much; although to my surprise I don’t seem to get hungry later in the evening like I suspected I might have done.

Practically it might make sense to give Piglet an early ‘tea’ and have me and my wife eat a separate dinner later in the evening. However, we spend so much of our time cooking meals from scratch (my wife’s diet, our various allergies and an ever widening food/health snobbiness means it’s very difficult to source acceptable pre-made dinners) that I’m reluctant to find another excuse to cook meals beyond what we do currently. Also I want us to be a family that eats together when practical. I love that we sit up at our ancient crumbling Ikea table as a family every night. I completely understand that it might be a complete luxury for other families in other situations but while it’s logistically possible I’d like it to continue.

And so, for the last few weeks we have typically sat down to eat by 5pm, the three of us, and therefore had a lot more time to fill before bedtime. Actually this has worked better than I had expected. Piglet manages to avoid getting too tired and hysterical as he can be known to do if we let him get too hungry or tired before starting the evening routines. It also means that he’s stopped associating sitting down for dinner with the end of the day (and therefore the end of the fun) which is a positive all round. He’s much less reluctant to stop playing whatever game he’s got into before dinner and we get to spend the rest of the evening with a calm and fed boy rather than a cranky and manic toddler who desperately needs to go to bed.

The bedtime routine has evolved over the years but has a pretty predictable look now, whether it’s me or my wife that are doing it. We generally take alternate nights unless there’s something on (increasingly unlikely) and he rarely pushes back on who is meant to be putting him to bed. Brushing his teeth and a wipe down of his face (called ‘Womph womph’, for reasons I can’t really remember) are second nature for him and he typically has a bath or shower every other day. We then go to his room where he puts his bedside light on while I lower the blinds and close the curtains. We put on some relaxing music or even have a little dance depending on how tired he is and how realistic his request is. Piglet and I have taken to rapping along to the less unacceptable parts of the soundtrack to Hamilton the Musical which I’m sure is every part as excruciating to hear as it seems to write. He loves it though and I’m very proud when I catching him singing along, even if he doesn’t really understand the wider content of the lyric’s meanings. He has taken quite an interest in the Founding Fathers though!

Post boogie, we both get into his bed to talk about his day and read. This part has evolved over time. In the very early days, we used to have spend quite a lot of time comforting him – particularly when he was having any reactions to anything he’d eaten. This was always the part of the day that the pain of any reactions was most prevalent. When he was a bit older we would still have to spend quite a lot of time relaxing and persuading him that it was time for him to go to sleep. These days it’s much more straightforward and he is usually completely open to going to sleep as soon as we get into bed. That said, we still quite often do his ‘rose of the day’ which is a simple Q&A that gives him a chance to talk about his favourite moment of the day, his least favourite moment of the day and his hopes for tomorrow. We’ll also sometimes give him a massage; something that he absolutely loves but is often a time pressure if he’s tired or there are a long list of task to complete after he’s asleep. A compromise is doing ‘his words’: a short routine of rubbing his back while repeating a simple mantra of positive affirmation and empowerment.

Whatever of the above we choose however, I will always read to him. He has a selection of ‘children’s’ books that he can choose from for either me or my wife to read to him. However, mostly we read longer books that are specific to me or my wife. Most of this year that has been the Harry Potter series for me. I missed the whole Harry Potter thing when it swept my social circle the first time. I’ve seen the films and, on the back of my wife being a big fan, we’ve been to the Harry Potter Studios in Watford; but I’ve never read any of the books before we started them together. We’ve made rapid progress and are already on book 6 of the 7-book series. The content has matured as we’ve moved through them and I know that, at 4 years old, he is a bit young for them. But he loves them so much and I relish sharing that world with him enough that we have not yet got to any part that we think needs us to stop. But for the volume of reading that we do together – it’s great to have something of substance to tap into. We read plenty of picture books and ‘first readers’ books at other points in the day so this bedtime routine is more about broadening his horizons and giving us a chance to bond.

He is just starting to read which is very exciting. His progress with phonics and sounding out words has improved immeasurably since starting school and I’m sure he’ll be reading whole books to me in no time. I’d still be keen to keep these longer book series as part of our evening routines though. I believe there’s a space for that well into the age when he can read to himself. I remember my dad reading me Lord of the Rings (again probably younger than ideally recommended) and it meant so much to me to share that world with him. I don’t know that we ever finished the LOTR books though – they seemed unfathomably long. But just looking online it would seem that I’ve already more words of the Harry Potter series to Piglet than the entire LOTR set put together!

It’s funny, I still struggle to second guess how bedtime routines will go with Piglet. Some nights, like tonight for example, he falls asleep in my arms after only a handful of pages. Other nights I’ll read an entire chapter and put the book down only for him to want me to stay with him for another 10-15 mins. Some nights he’s happy for me to go downstairs well before he’s drifted off; others he says he’s happy but then spends 15 minutes calling me back up every 30 seconds; and sometimes he’s asleep before I even get to tell him I’m going. Whichever scenario it is though I always get the very gentlest of sides of Piglet. He is invariably full of cuddles and statements of affection and if I’ve ever had moments of frustration with him earlier in the day I wonder how I could ever feel those to this beautiful, calm boy who – for just those few minutes – sees me as his world. That said, I think every parent can think the best of their child when they’re asleep.

I try not to overthink it but I wonder how our bedtime routines will change over the coming years. How long it will be before he doesn’t want me in there with him. How long it will be before he finds me embarrassing (I’m embarrassing now, he just doesn’t know it). I hope I will take those changes with grace. But I will always know that he loved me, holding him in my arms while I read a book high above both our heads, even if he remembers these nights less clearly than I do. Little does he know that while we’re lying in the twilight, telling each other what our highlights of the day were – invariably mine is that moment right there.