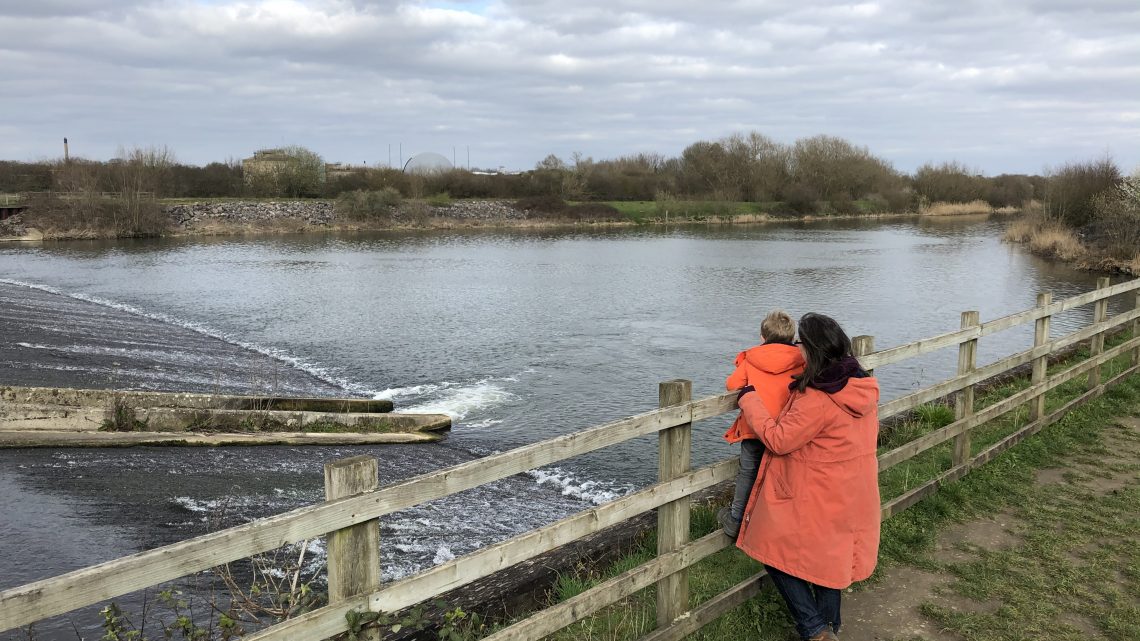 August 2021: Freedom from lockdown, socialising in pubs and restaurants, vegan ice-creams in the unpredictable British sunshine, and (hopefully) a little brother or sister for Piglet. Yes, as quite a surprise to us, it seems that we are going to have a second child!

For those who of you who have followed our story closely, you’ll know that we’ve had fertility issues for many years now. Issues largely (we now think) linked to my wife’s endometriosis and PCOS. We’ve been trying for children for about 9 years now and with only one success (as much as we’re very very delighted with him) we’ve been starting to wonder whether that would be it, at least through natural conception. We had hoped that my wife’s double surgery for endometriosis would make a significant change to our fortunes and, as much as it appears to have made subtle improvements to her pain levels, 9 months with no second pregnancy had seen even the optimistic gynaecologist start to doubt that natural conception would still be the answer. So you can imagine our surprise when my wife missed her period, especially given that it was the first month that we’d stopped actively trying…

Anyone who’s been through the process of trying to conceive will probably recognise the struggles, or at least some of them: ovulation tests, the pressure of trying to hit the right day in the middle of the right week at the right point of the month, the stress of artificially trying to create intimacy whether or not it’s there naturally purely on the basis of a Google diary. It can be really tough. It shouldn’t be, it should be the best job in the world: being tasked with creating a baby, but in truth some months it sucks. So after 6-7 months of trying like clockwork we gave up, threw caution to the wind and (in truth) barely tried at all that month.

Piglet probably realised before either of us. He became very mammary focused (that’s the nicest way I can think to put it) even though he hasn’t fed for months. I think we both ‘knew’ well before the first pregnancy test was taken. I say first, very deliberately: as much as I think we both knew, we refused to believe the first 2, 3 even 4 tests and it wasn’t really until my wife was 6 weeks late and the pregnancy tests wouldn’t waver that it started to sink in!

The first trimester was tough; much more so than with the first pregnancy! My wife was nauseous for days, even weeks, at a time and struggled to summon enough energy to do anything other than the bare minimum. I’m not sure whether it’s an old wives tale or not but the positive was that people at least said that that meant that the baby was doing well. Sadly I couldn’t make it to the 12 week scan. It wasn’t that I wasn’t allowed but at that stage of lockdown, there just wasn’t anyway to get childcare during the Christmas holidays so I had to stay with Piglet and ask for updates by phone.

The first slight concern came at about 16-17 weeks when my wife noticed that she was bleeding slightly. It wasn’t very much at all but its always a concern during pregnancy. From what I’ve read, it’s not that uncommon but it’s always worth having checked out in case it is a sign of something more serious. We ignored it for the first day but the presence of a more sizeable clot after that had us going into to hospital to have it checked out. It’s worth saying that as a consequence of her endometriosis, the occasional clot is something we’ve become fairly desensitised to. After an examination, the doctor reassured us that there was nothing worrying going on other than a slight irritation of the cervix (“cervical ectropion” apparently is the proper name). The only slight frustration (although I’m not sure what else could have been done) was to be told that we had to come straight back in if there was any more bleeding, even though there was no reason it would suddenly stop. We did actually get a little bit more bleeding the next day but decided to see if it was sustained before going back in (it had taken virtually all day to be seen and released with me and Piglet waiting in the car for the best part of 4 hours down the road, naively thinking we’d be going back home any minute. I took Piglet for a Costa Almond Milk Hot Chocolate though so he was happy!

The 20-week scan followed a few weeks later and luckily, because Piglet was back at school, I was able to attend too this time. It’s always amazing to see your little baby jiggling around and squirming during the ultrasound; even when you know what to expect. Everything seemed to be present that should be and we opted not to find out the gender. There were two points that came out of the scan that we’ll need to keep tracking throughout the pregnancy: Firstly, the placenta is ‘anterior low’ which basically means that, as it currently stands, it’s in the way for when the baby wants to come out. However, there’s still a lot of growing to do and it’s likely that the placenta will have moved up by the time the baby is full term. That is likely to explain the bleeding though as it’s a common cause of cervical ectropion. Luckily we’ve not really had any more bleeding since. The second issue is one that has worried us a bit more and that’s that everything was pretty much average on the baby’s measurements apart from the head. At 20 weeks, the baby’s head circumference was more like the 3rd percentile while everything else was closer to 50th. We had another scan at about 23 weeks to look again and by this point it had gone up to 5th percentile so while still small it was moving in the right direction. They’re doing a couple of checks such as making sure that my wife doesn’t have an underlying infection which might have affected development; but unless that comes back positive the hope is just that the head is small for the moment and will catch up through gestation. The second scan looked at the brain in detail and everything seems to be in order. We’re hopeful that the measurement isn’t too far off the range to be of immediate concern but we’ll wait to see what the future scans bring.

We’re all very excited and the baby is regularly wiggling, far earlier than we think we observed in the first pregnancy. I tried singing to the baby the other day and it reacted violently, either in appreciation or strong opposition – we’re not quite sure… Having struggled to conceive for so long, it does feel like there is even more jeopardy over the pregnancy but we’re generally feeling pretty upbeat and I have a strange feeling that baby and mummy will make a lot of progress over the Easter holidays as both get a bit of a chance to relax. Fingers crossed for the next few scans that all goes well.