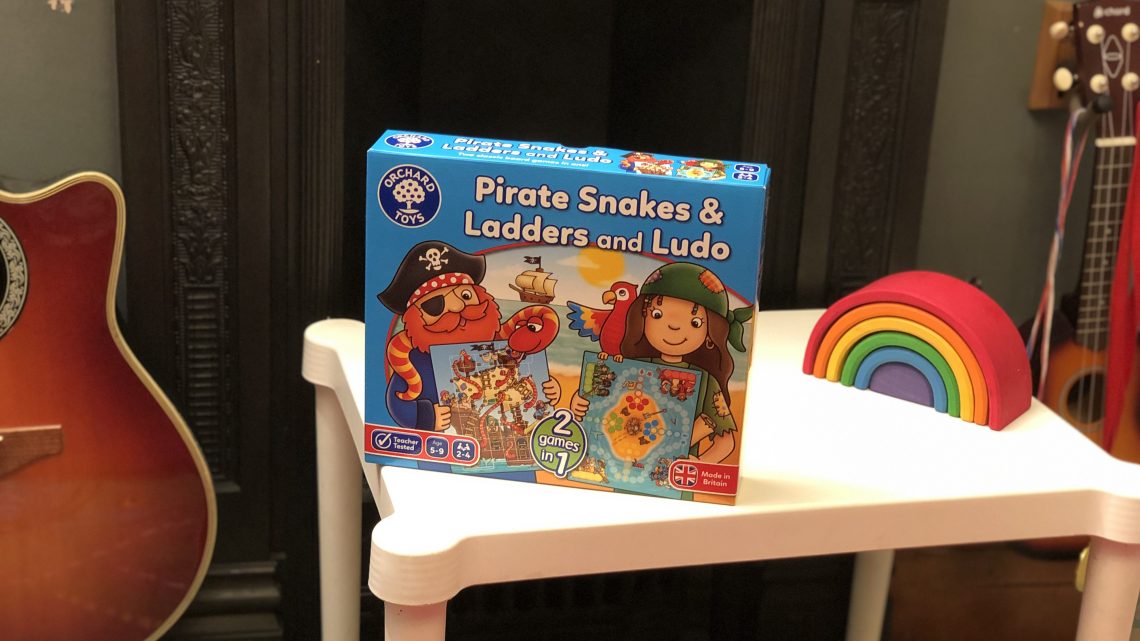 The world of board games.

Piglet has suddenly become interested in board games. In particular he got a double set of Ludo and Snakes and Ladders that seems to be the only thing we wants to start playing. I say “start” because we’ve yet to finish a game of either. He gets bored and attention starts to drift but the concept of putting the board together (it’s a 6-piece jigsaw just to be able to put it away in it’s packaging) is very exciting. There have been multiple sets of tears because we haven’t got time to set the game up before dinner (“it’s literally cooked and on the table; it doesn’t matter how quickly you can set it up we’re eating!”) or bedtime (“Piglet, it’s dark outside, we’re outside and your bedtime was 2 hours ago!”). He’s even incredibly good/lucky at Ludo – he had 3 of his counters out of their starting place before I’d even rolled a single six!

However, this wasn’t really the ‘ladder’ I wanted to talk about today.

Piglet has managed to go several months now with no obvious signs of allergic reaction. Certainly nothing major. It’s always difficult to know – any sign of an upset tummy or particularly stroppy mood swing or even a bad night’s sleep and it’s easy to start worrying that it’s something to do with what he’s eaten. But the big symptoms, as detailed in the “What’s that Smell” series have not been obvious.

That either means that we’re (and nursery, and anyone else that ever feeds him) doing a sterling job of managing his allergens, or it means that he might have had some of his allergens and not had a strong reaction. Interestingly, I also haven’t noticed a reaction in myself to milk in the last few months but I guess I can be a bit more sure that I haven’t eaten anything I shouldn’t have done.

As such, we’ve acknowledged that it’s probably time to start trying him on some of those foods and seeing what happens. Specifically, working our way up the “ladders”. Fingers crossed. Stupidly, our first rung wasn’t really on either the soya or milk ladder…

With any allergy ladder – you always start with the weakest (or most processed) form of the protein. However, in Piglet’s case, the weakest form is none at all… I’ve covered it before, and I still don’t understand it, but Piglet seems to react to oat and coconut milk (in much the same way he does to milk and soya) despite it having neither ingredient and him being fine with oat and coconut in copious quantities.

So as of this morning Piglet was very excited to try a new milk. It felt very weird pouring him a full glass of something that I knew might make him ill. His first words were that it was cold. And nice. And like that, it was gone.

12 hours later, there have been no obvious symptoms. He was very upset and hysterical after lunch but that was just a result of getting too hot in the Bank Holiday Weekend sun, being very tired, and – once again – not being allowed to play Snakes and Ladders. Other than that, it’s been a perfectly ordinary day with lots of outside play and no exceptional events.

In a couple of days we should know for sure whether there’s been any sign of reaction. Tonight is probably the biggest hurdle. If there’s no sign by tomorrow morning I’ll be surprised if we see anything after that. At that point I guess it’s on to the next rung. Depending on whether we try milk or soya first, it’ll probably be something like JusRoll croissants which have soybean oil. (Hardly ideal for my reduced calorie diet). But deal with that hurdle when we get to it. I guess, much like with the board game, the trick is to climb the ladders without finding any snakes.